Are You a Junior, Middle or Senior Developer? And How to Assess Your Level?

posted in WordPress basics on 4 January 2019 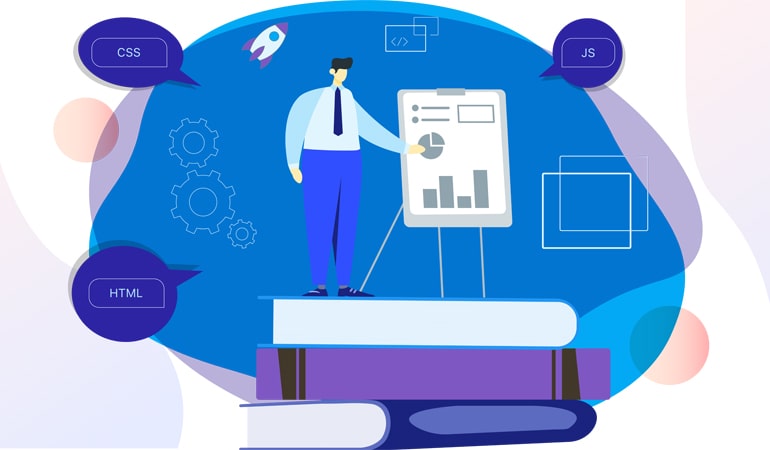 There is a number of classifications of programmers, both simple and complicated. They can be either focused on some particular aspect of activity (e.g. technical skills) or complex ones. We will familiarize ourselves with the classification of programmers with a view to their business value:

Here’s an example: a programmer has been told that he must do something.

Let us look at these types of programmers in more detail.

It is a young developer with little experience or without any experience at all, who has just started working in the chosen technical field. As a rule, learns from video courses and video lessons mostly all the time. As he has very little development experience, he spends a lot of time seeking advice from more experienced developers and understanding the way the team works on a project. Learning for a junior developer is his all. As he feels a constant need in doing tasks on a project, the ideal studying scheme for a junior developer is video learning of programming within the chosen technology. On the strength of watched video lessons on programming, online tutorials and advice of more experienced colleagues, junior developer grows fast enough to hold a position of a full-fledged developer in 1,5-2 years.

It is a person who is in charge of quality and timeliness of software and data systems development, that base on the application of modern software technologies. A programmer carries out a mission of writing and basic testing of entrusted him system components and works on external specifications. He supports Junior developers, works both on project architecture and modular implementation; performs prototypes’ operability implementation. He never stops self-educating, understands algorithms, Software Engineering Processes, has knowledge in such fields: markup languages, understanding Web servers’ and application servers’ technology, knowledge in client-server technology; browsers’, DBMSs’, operating systems’ and office software suites’ work. Also has knowledge of development frameworks, profile programming languages, and technical English.

According to programmers, it is common for a developer to:
Like to lecture Junior developers; often get irritated at Junior’s direct questions; not to require his work to be supervised – he is responsible for specific functions and modules and he himself controls his work. He realizes that the work he does influences the colleagues’ working process. A Developer is a responsible person. He seldom needs to be taught as he is constantly self-educating: he attends seminars, participates in webinars, reads specialized literature and resources. He can do assigned tasks on his own and understands the basics of building project architectures. He thinks not in terms of language, which he finally rejected, but in terms of the subject area. He can write structurally and consistently; thinks about future product support.

He is the lead programmer, a person who is in charge of quality and timeliness of software and data systems development, that base on the application of modern software technologies. Has deep and structured knowledge, works within the project team without any need to keep in touch with client’s management representatives. Does the following work:

As a rule, has higher education or, which is rare, incomplete higher education and has at least 3 years experience as a developer. He can comment on the programmes without consulting a dictionary, elaborate documentation and is fluent in English. Knows the methods and analysis and development tools, Software Engineering Processes and markup languages. Shows deep understanding of client-server technology; knows how browsers, Web servers, application servers, DBMSs, operating systems and office software suites work. He can supervise other developers and assign tasks to them.

According to colleague programmers, it is common for a Senior Developer to:
Be responsible for the project, be able to arrange the framework, be occupied with solving difficult tasks. He is a mentor for developers and juniors. He has a set of specific solutions in the field of some or other arising tasks, due to which he shows a stupendous productivity compared to middle developers. He makes by far fewer mistakes; mistakes made by Senior are as a rule easily corrected by him. And these mistakes are usually connected with a hurry or a constant lack of sleep. It is curious enough, but it quite often happens that he knows particular languages worse than junior. But he makes up for it with his ability to evade bottlenecks, having 3-5 solutions to any task in his head and the ability to focus perfectly on what is primary, ignoring non-existent details. Actually, that is the reason why he holds this position: he is quite often able to get the point even without having read through the requirements specification.

And how to assess your level?

It takes a week for Junior developer to do an identical task. Senior will manage to do it in a couple of hours. Estimating deadlines is also significant. A developer of “Junior” level looks at the task, assigned to him, too optimistically and thus underestimates its difficulty. Due to lack of experience, he doesn’t meet a deadline. A developer of “Middle” level is inclined to look at the task pessimistically as the experience of being a Junior developer tells upon him. He overstates expected project implementation period too much. A “Senior” level developer is realistic. He takes the risks into consideration wisely, without overstating deadlines too much.

The second factor is the code quality

For several years the applicants were assessed at writing a simple “tic-tac-toe” browser game. Depending on a vacancy they were recommended to use a specific language and technology. If they were planning a significant staff increase, applicants were free to choose software tools themselves.