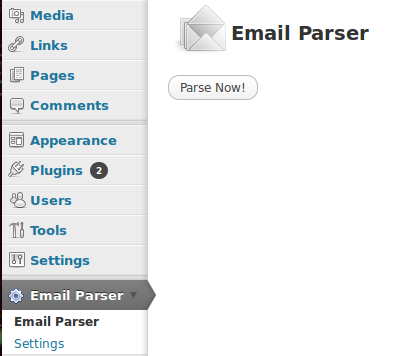 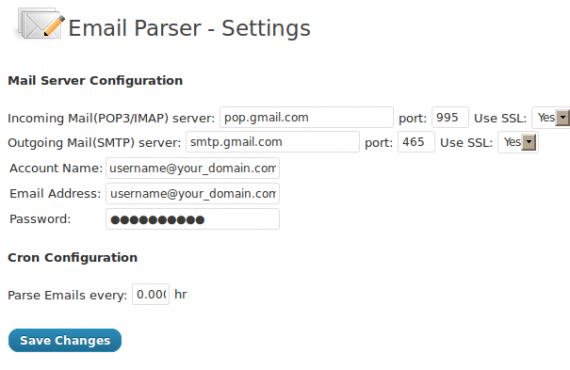 Categories WordPress Plugin Development
Description
The task was to develop WordPress plugin. Plugin should have to: - gather infromation from specified mail box; - transform information from emails of a certain structure which was given to us by a client; - form from the data received request of a certain structure to a remote server; According to the given specification plugin was developed. It performed features mentioned above and allowed to grab mail boxes via POP3 and IMAP protocols. At the screenshot there is an example listed showing example of the plugin setting for gmail mail box. After plugin gathered all the emails it parses them according to provided specification and output shaped link for submitting it to the server. As the work was not finished, the last stage which was not done is submission of the data to remote server, however everything was ready for this, data were prepared according to provided specification (link, which parser displays is actually formed data)